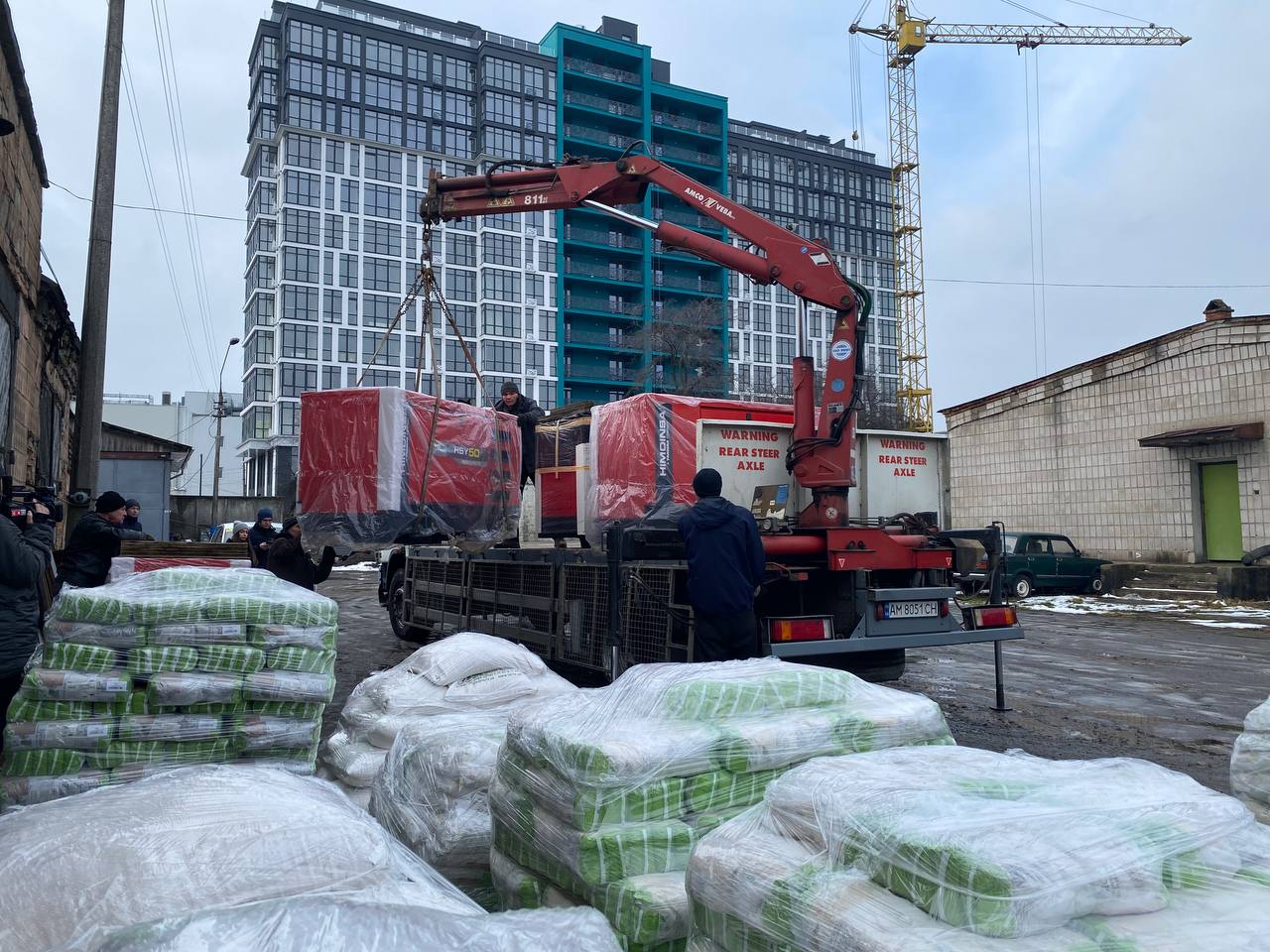 On January 17, Hennadii Butkevych’s BGV Charity Fund handed over a batch of generators, small pots, and food products to the “points of invincibility” and critical infrastructure enterprises in the city of Zhytomyr. The assistance was provided within the signed cooperation memorandum between the city council and the charity foundation.

The “points of invincibility” at Zhytomyr Lyceum No. 4 and Golden Fish Kindergarten No. 10 were the first to receive generators. These 30, 32, and 40 kW stations will help organize the uninterrupted operation of the specified “points of invincibility” to support people during a long-term electricity outage and provide the population with essential services: electricity, mobile communications, Internet, heating, and others. Such points are free and open 24 hours a day.

“During the blackout, we become ‘blind.’ Almost 50% of boiler plants operate in automatic mode. We cannot maintain this automatic mode without electrical energy on the server computer systems,” says Dmytro Rohozhyn, director of the Zhytomyrteplocomunenergo utility enterprise.

In addition, with the support of the BGV Charity Fund, twenty “points of invincibility” in the city are, from now on, equipped with potbelly stoves for heating.

As of today, Hennadii Butkevych’s foundation has purchased and is handing over 15 powerful generators, 40 potbelly stoves, and five tons of products (grains) to organize high-quality work of “points of invincibility” in the regional center of the Zhytomyr region.

To recap, at the end of the year, the Zhytomyr City Council and the BGV Charity Fund signed a Memorandum of Cooperation. The bilateral memorandum is intended to strengthen the interaction of the foundation and the city council fof economic, social, and defense support for Zhytomyr and the region.